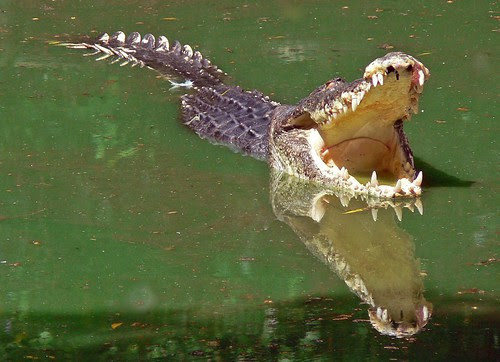 We have a new site www.g-lish.org where you can read all articles from This is Ghana in a much more organised fashion. Read Godwin Talks: Swimming with Crocodiles in Ghana there.


I had no idea we had a big dam near our house until we went walking last week. This reminded Godwin of his childhood days and as we approached the water, he related this story and he agreed to share it here.

'When we were kids we played hide and seek with this crocodile in a dam at the village where we went to swim. We were always at one end of the dam swimming and the crocodile would be at the far end. It would come on top and we used to keep our eye on it, so when you see it floating on the water you know that you’re safe and you can keep swimming. But the moment you look around and it’s disappeared, it means it’s gone under the water and you have to start running out of the water because the next minute it will resurface at exactly where you were swimming. If you don’t do that you know what is in store for you.

And then when it arrives and sees we are on the bank of the dam it will be lying there afloat looking at us for five minutes, then we’ll also be standing there watching it, smiling, saying. ‘We know, we know, go, go, you won’t get anybody here, go away!’

It would disappear again and the next minute it would resurface at its original position, afloat, and we’d run into the water again and keep our eye on it.

At times we’d even ask the weakest among us not to come in the water but stay on the bank and keep an eye on the crocodile. That’s how we used to play the hide and seek with the croc.

It was fun but scary when you traveled too deep into the water and then it disappears because it swims faster than you, so then you’re thinking ‘Can I make it?’

When the crocodile disappeared one day there was this guy who said, ‘I’m not going to get out, it won’t come, it won’t come, you guys should come back in.’ Then the croc appeared right alongside him and was facing him, ready to dive at him.

Another guy went looking for the croc in the place where it takes a bath in the sun. That wasn’t where we swim, but where it lies in the grass. Normally we go to observe how it lies, as if it’s asleep. So the guy went to the grassy place and he was looking around just by the dam, but the croc wasn’t there. And then the guy was looking around saying ‘Where is it?’ not knowing that the croc was right there under the water, next to the sandy place where he sleeps, just below the surface; they can stay like that for hours. When you’re standing like that it can get your position by watching your shadow on the water. Before the guy realized it, the croc came with the tail and whipped the guy’s legs and took the skin right off as if some fire had burnt him. That was before our swimming incident. That guy never swam in the dam again. The guy who had the underwater incident didn’t swim for five days, but then he was back in again.'

And I kept a safe distance between me and the water after that.

Photo by Pandiyan at flickr. (Mental note: tell Godwin—never smile at a crocodile.)
Posted by Unknown 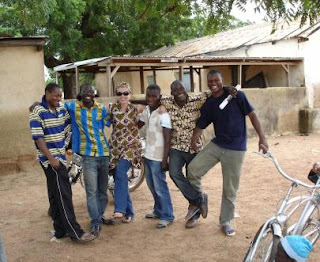 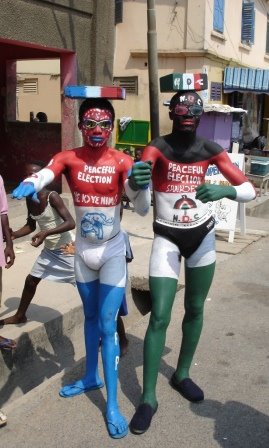 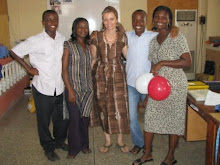 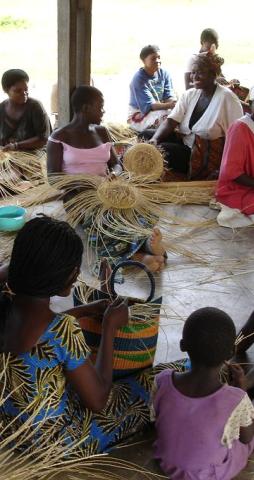